So, We’re being tooled round in our own personal houseboat, complete with king-size bed, deck lounges, thrones (in case we feel the lounges are a bit declasse) and a dining room.  As in any self-respecting third world country, we have a boat captain, a cook, and a tour guide to attend to our every need, and to disappear when romance beckons. As it ought to on Halong Bay.

We can’t believe our luck.  Mind you, we have paid about $400 US dollars – but who’s complaining.  The boat is delightfully wooden, the sea is green, the limestone karsts are sticking out of the water like peaks out of Noah’s flood, all grey stone and Jurassic jungle. In short, it’s nice.

At one point we hire canoes, which are towed around behind the boat.  We follow the tour guide literally under the islands, gliding into semi-darkness with stalactities reaching down for us from the squeaking caverns above, then emerging open-mouthed into lagoons of startling, still green beauty.  We skim over a school of jelly-fish, which are apparently a great treat.  The guide picks one up and I hold it (it doesn’t feel that delicious), then give it to my man. He drops it into his lap and panics – hilarious!

In the blue day we dive off the boat and swim, then eat seafood (in my case, tofu).  At night, we lie out on our deck lounges and stare into the starry sky, and hold hands, and quarrel a little, and make up.  We stop at a ‘floating market’, essentially a fish n vegie store on rafts lashed together on top of plastic barrels. The guide drops a piece of seaweed into a sort of netted-off piece of ocean containing a group of small sharks, and they leap up like Jaws into a jet-ski.  That too is pretty funny.  I try to replicate it for my man but the sharks have got wise – we know it’s only seaweed, they sniff.

This looks like one hell of an easy life.  Maybe it’s a bit of a bother when a hurricane stops by – but otherwise, there you are, living in paradise, eating fresh fish, swanning around in your rowing boat…We spot an official looking house-boat moored near to a white sand beach.  It’s the Department of Halong Bay Monitoring Station, says the guide.  It owes its existence to the fact that some party official had too many kids, and one of them needed a sinecure. It doesn’t actually do anything. 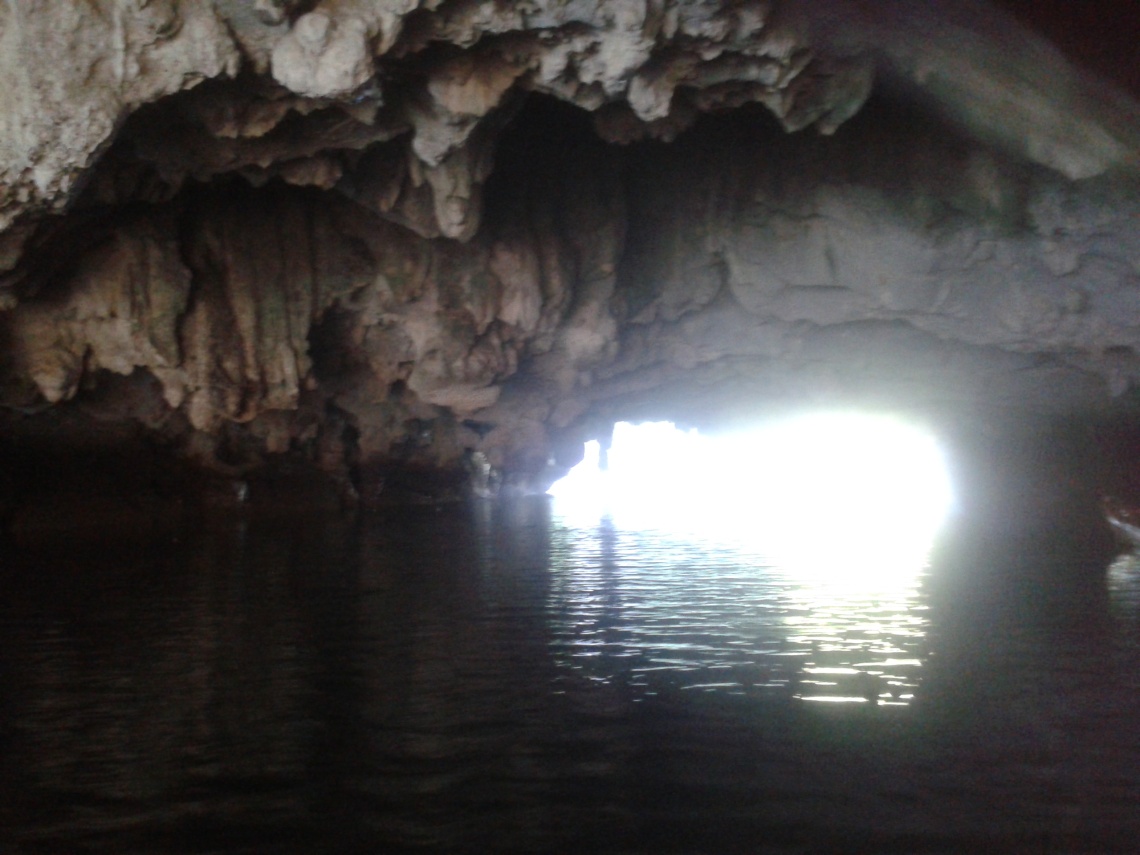 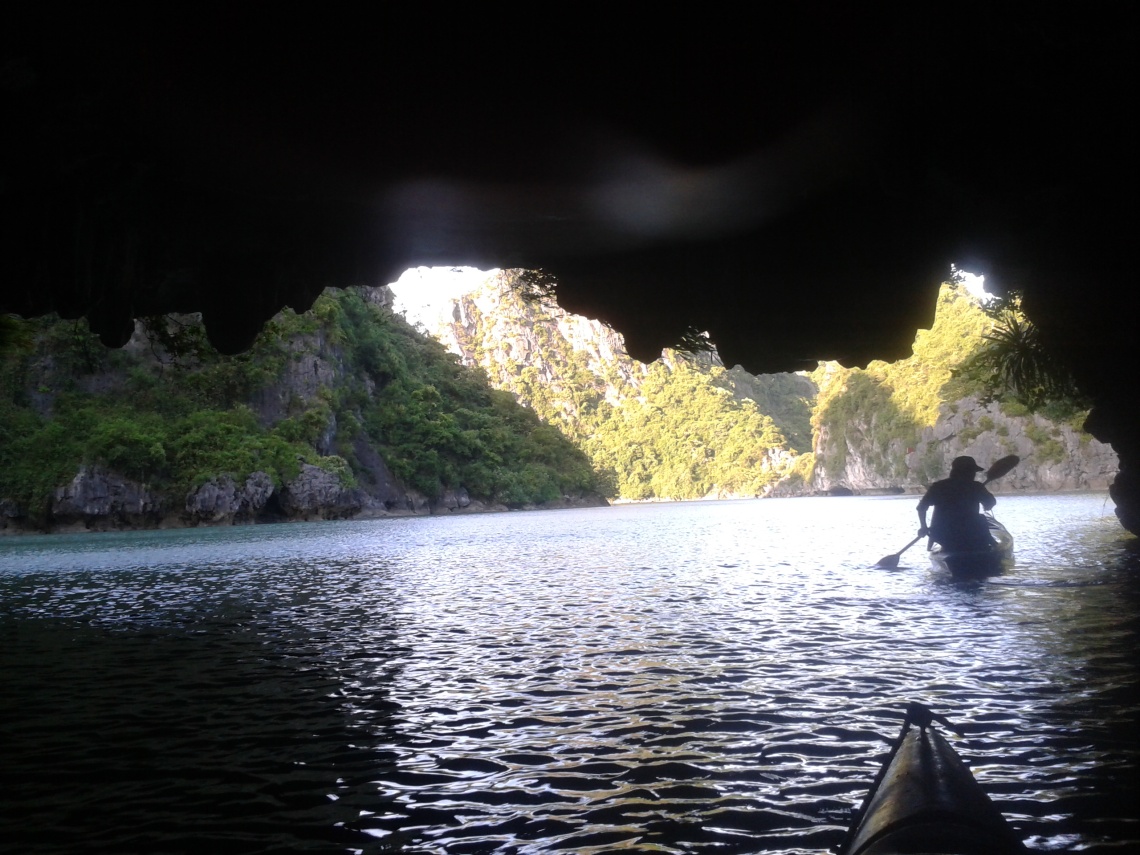 What many tourists don’t seem to realise (including my man, who isn’t much into politics) is that Vietnam is a one-party Communist state.  All the most magnificent and immaculately manicured buildings are of course government offices.  Staffed, says the guide, by the stupid kids of party officials.  They don’t try to control much here – not like the party in China – because all they really want is money, and that flows in nicely, from bribes and payments for anything which requires contact with officialdom.  So the Vietnamese are merrily, not to say crazily, capitalist, and their government sits on top of it all, rubbing their hands.  Of course, if you have ambitions, you had better save up and join the Party, because good jobs are the currency of office. My man says it’s much the same in Australia.  Look at the boss’s daughter, he says – on the payroll of his coach company and she can’t even drive one. Look at all the rules we have – don’t park there, wear a helmet, immunise or perish.  At least the VIetnamese don’t have rules.  Or perhaps, just one – don’t meddle in what doesn’t concern you or you just might find yourself getting re-educated at the State’s expense.