A little note: this September I’m roaming again, so I want to finish this belated travel series (set in 2011) before I start the next one.  In this post, I move on from Korcula…

Is Dubrovnik becoming a City of Killers???

Nasty things sometimes happen in Dubrovnik (although not as often as in LA, probably).  In 2008 an Australian girl partied with the wrong people and was discovered washed up at the bottom of Dubrovnik’s trademark majestic crags.  Croatian police were accused of being unhelpful.

Still, as Lipstick Lucy (an ex work colleague with the colour sense of a set of traffic lights) said, ‘Dubrovnik ees most beautiful place I have ever been!’. So here we go… 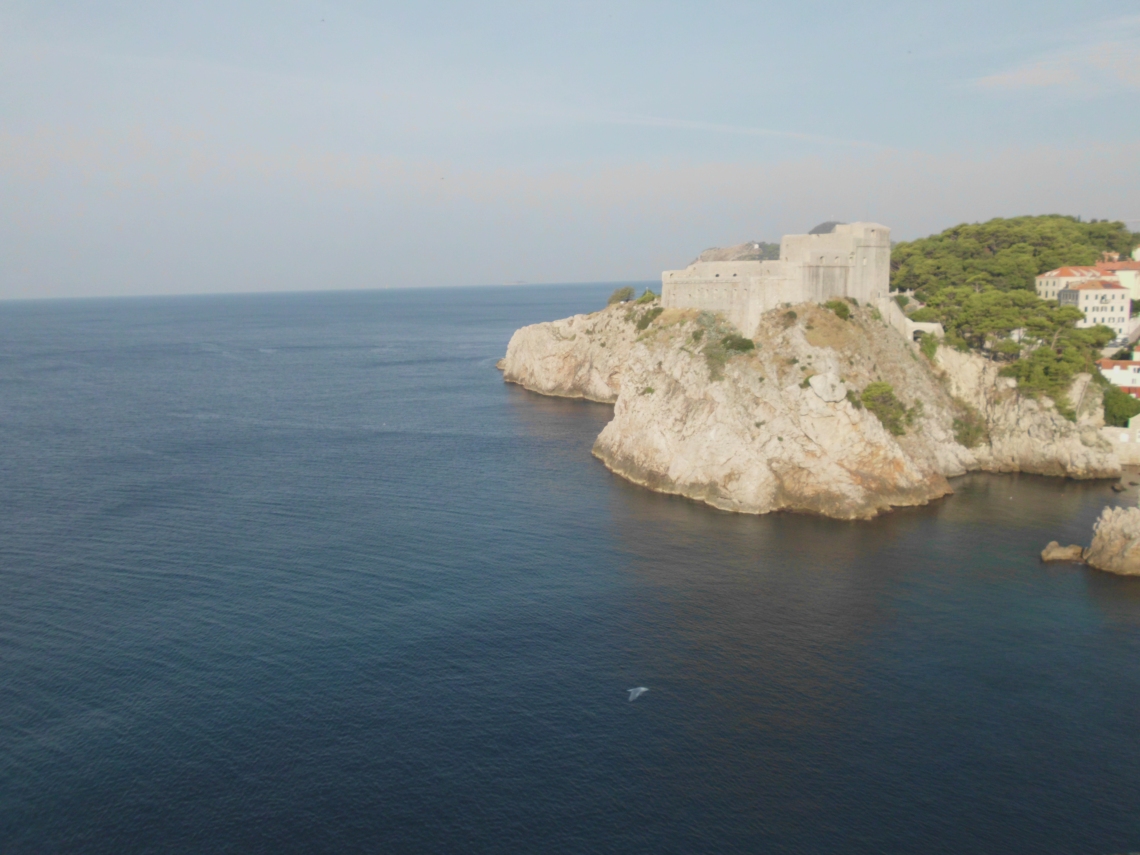 From the island of Korcula to Dubrovnik in Croatia is a short (and in bits spectacular) boat and bus ride. On the way, the Croatian travel agent bitches about the European union.  BEFORE the union, he says, Croatian farmers happily grew their olives and plonk and sold them for reasonable prices to discerning gourmets.  AFTER the union, the price of everything had to go up, in line with the common currency, and it suddenly became uneconomic to produce small amounts of anything. Goodbye, small farmers, hello agribusiness.  So he said, anyway. 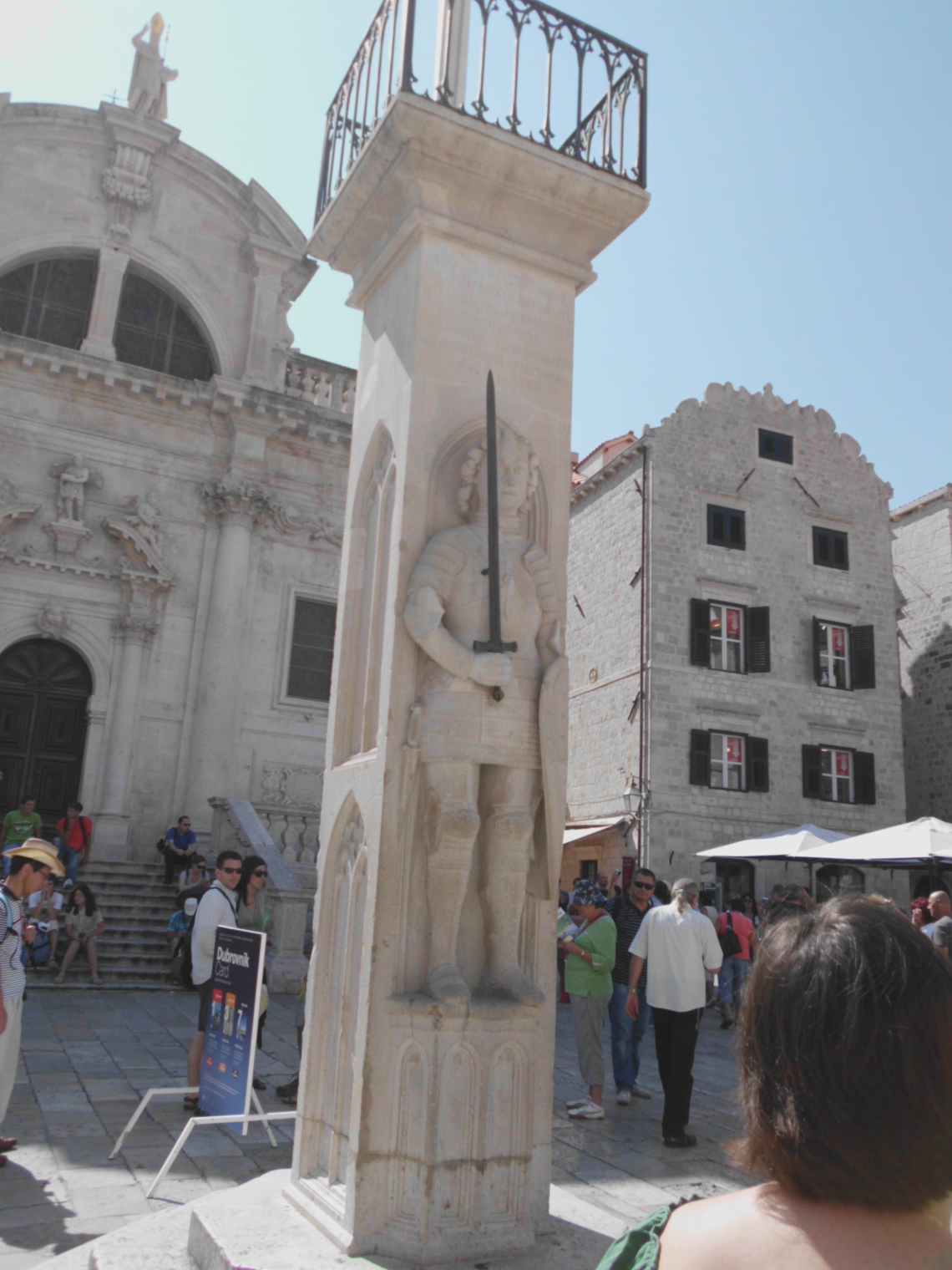 The bus drops me outside the gates of the old walled city.  Inside is a cross between a mall and a museum – everything is grey stone and white marble set around wide pedestrian boulevards fairly teeming with tourists.  From the central boulevard, steep, narrow steps leap up to the hillsides above the town, and to more travel agents, tour operators, jewellery shops and rooms with a view.  This is all kinda nice…except when you’re lugging your wheeled suitcase about trying to find your hostel.

It turns out to be in the opposite direction, and presided over by one of those (fairly ubiquitous) unshaven middle aged Croatian men in a wife beater and his beaming nonagenarian mother.  In the room next to mine is a girl in a tee shirt and not much else doing something complicated to her hair.  She shoots me a ‘he’s mine’ look (the owner and her evidently have an understanding) and I try to shoot her a ‘you’re absolutely welcome’ look back.

In the evening I climb one of the winding staircases up from the old town to where the cable car stop is. On one side, the walled city far below….

On the other, in the distance, those snow-barren mountains, grey bones under a hard blue sky.

Next day, I walk the narrow path on top of the old stone walls, sapphire sea on one side and the city on the other – and chat to some very nice mediaeval guys (actors, sadly, no time machine in sight).

Breakfast is by the boat harbour, small and sheltered and sunny, watching a European lady in her eighties trot by in little black dress complete with plunging neckline (remind me to drop the plunge when I reach that age).

Dinner by a tiny rocky beach at sunset, watching a gorgeous tanned blonde and her boyfriend frolicking off a row boat.

Sadly, no snaps of either.  Next trip, I promise more bikini shots and not so many landscapes!

Best bit of Dubrovnik? All the little dogs, cared for I think but free, trotting about watering the marble monuments.  And this happy little cat, sunning itself by the door of St Something.