On the way home I was listening to the radio about a movement in South Africa called the Brass Bands movement, which picks up kids at risk of getting into trouble and encourages them to produce awful music instead.

But it made me think about what happens when we hear a ‘good news story’ about people helping one another towards a kinder society.

What happens to me is this. I think,  maybe we humans aren’t that bad after all! Maybe there’s hope for us!  Maybe this isn’t such a awful place to be, this earth.

And then I hear, or see, or read, something terrible – about the torture victims of Iraqi and Iranian prisons, for example, or the little kids killed at the behest of witch doctors in Africa, or the UN refusing to take responsibility for bringing cholera to Haiti, or some guy who diddled pensioners out of their life savings and is still sitting pretty in the Gold Coast mansion bought (in his kids’ names) off the proceeds.  And I think, no, this world is an evil place, and it would be better if humans were wiped off the face of it, leaving cruelty to the other beasts who don’t KNOW what they’re doing.  At least so we assume.

It seems to me that reactions to hearing about bad stuff fall into categories, roughly like so.  You feel…

1. What’s the use? Why bother to bring grandma a deckchair and a nice magazine, we’re all sinking anyway.

2. It’s ok to be rotten.  Everybody’s rotten.  It’s a great big party of rotten, a bit like the maggots crawling all over one another in my compost bin.  Rejoice and be bad, it’s only human!

3. Other people are scary.  We live in a world of monsters, where stepping outside the door is an act of foolish bravado.  Lock up your wives, your kids, your dogs, your flatscreen.  It’s raining shit out there.

4. If you can’t live in hell, fly to heaven.  Pop a pill, snort a line, buy your own island or just use a rope.

News is what it is.  Entertainment..entertains.  Conflict, cruelty and suffering are more interesting than agreement and hobbit-like home comforts.  Still, what we consume by way of mass media has a way of becoming us.

Whaddya reckon?  (and just to cheer you up, here is a story about the world’s least enticing invitation to snog) 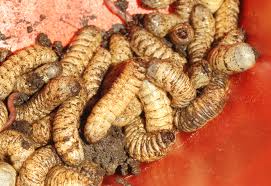